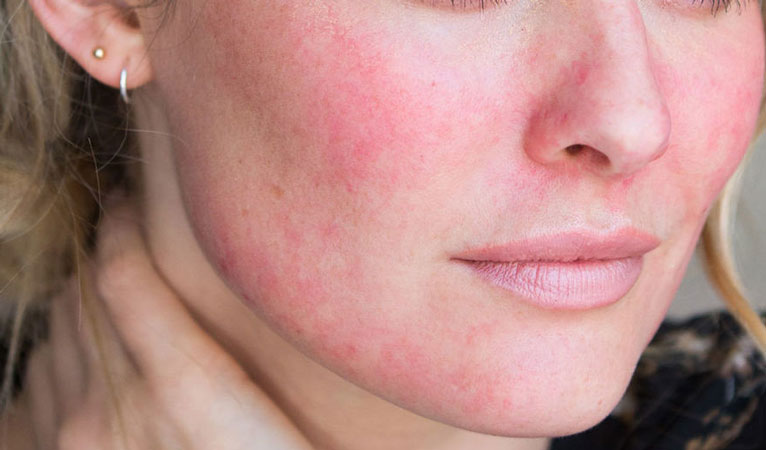 Rosacea and facial redness is a common condition which, left untreated, can cause serious problems. Most people who suffer from rosacea are not aware of the condition. Early signs of rosacea include persistent redness of the face that comes and goes and becomes more constant over time. Blood vessels can become visible, and the face appears more flushed. Rosacea is difficult to cure but can be reduced and controlled, and responds best when caught in its early stages.

Diffuse redness is a general appearance of facial redness, such as rosy cheeks. This condition is caused by dilated
capillaries, resulting in an appearance of general redness, not discrete, well-defined vessels. The most commonly affected
areas are the nose, forehead and cheeks. Diffuse redness is often associated with a condition called rosacea and it can
be hereditary. Laser Genesis will help your appearance by gently treating and reducing this condition

Rosacea can affect anyone but is most common in people who have fair skin. Symptoms of rosacea include:

To learn more about facial redness and rosacea please check out our blog.

We use LimeLight™ IPL and Laser Genesis to treat Rosacea, and have seen remarkable success in reducing redness, flushing and visible blood vessels. These treatments work by targeting the micro capillaries which helps with facial redness and Rosacea.